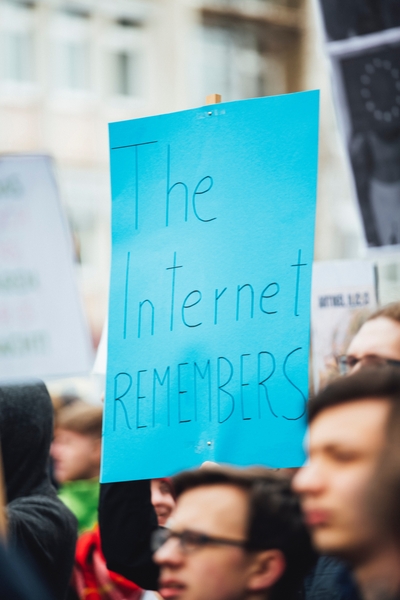 Johnson grilled by MPs amid Cummings row. That's the headline dominating the media right now. Before I start, let me make something clear. This article isn't about politics. Far from it. But it does raise an important question: What should you do when a key member of your executive team goes off-piste?

How you respond to that question likely depends on how far 'off-piste' the individual has gone and ultimately, you may have to make some difficult decisions, which I'm not here to make for you. But you may be wondering how to manage the fall out with your people, investors and customers.

The need for transparency
Nothing frustrates people more than when someone tries to dig their way out of a hole with poor excuses. The first thing they ought to do is put down the shovel.

Trust is the foundation of any strong relationship. Take marriage, for example; once any trust has been broken, it's often a downwards spiral that ultimately leads to divorce. The same applies to working relationships, both among your people and customers.

Trust is something that's very hard to get back once it's been broken. Gerald Ratner demonstrated this so well in the early '90s when he referred to his jewellery chain's products as "crap". The company collapsed, virtually overnight, coining the phrase of a "Ratner moment".

More recently, Tesla boss, Elon Musk wiped $14bn (£11bn) off the carmaker's value after tweeting "Tesla stock price too high imo". That wasn't the only time he's got himself in trouble on Twitter; last year he found himself in court after tweeting that a British diver was a "pedo guy".

One of the biggest detractors from trust is self-orientation, where someone's focus is about looking after number one. There's no better way to alienate your people and customers than messaging that shouts "damage limitation" or "it's all about me".

The alternative? Be humble. Be transparent. Be human. Hold your hands up, explain why you did what you did (not excuses), the learning you've taken and how you'll put those learnings into practice.

Just think how Evan Spiegel, CEO of Snapchat, responded when some private emails between himself and Chairman, Michael Lynton were made public. The emails included information about Snapchat's strategies and upcoming features, as well as financial details and partnerships.

Despite the bad publicity, Spiegel wrote a from-the-heart letter to his employees, which was later leaked to the public. Snapchat fans loved the letter, which showed Spiegel's vulnerability, which had never been seen before.

The take-out? If you need to say sorry, then say it. Ego plays no part in building and maintaining trust.

Consult your values
Great executive leadership teams have impact way beyond the contributions of their members. They have a cascading effect throughout the business by demonstrating the values and behaviours needed for the business to achieve its strategic aims.

Talking of values, what are yours? Do they paint a picture of the behaviours you expect your people to embody, or are they a list of aspirational and motivational words? Your values are your guiding principles and continue to be demonstrated in times of crisis. Hold your team accountable to them. After all, if you don't live by your values, why should anyone else?

A united front
One of the reasons leadership teams take time to build trust is so that they can have candid conversations with each other and debate critical issues. Not only are great executive leadership teams in sync on the company's strategic direction, but also the behaviours needed to maintain that direction. It goes without saying that individuals must be held accountable for their actions when they go off-piste...

But - you must show a united front. A dysfunctional leadership team is damaging - both to your people and to the business' performance. That means once a decision has been made, everyone must be on board and share a consistent message.

Dealing with challenging situations is never easy, but we do know one thing. People are drawn to those we like and trust. Your job is to make sure we still like and trust you once the dust has settled.

This is to ensure that experience using the website is the best possible. You can find out more about the cookies we use by reading our cookie declaration.

What are cookies?
Cookies are small files stored in your web browser to help the website interact with you. Without cookies, every time you visit a new page the website thinks you are a new visitor. This would mean for example shopping baskets would empty each time you clicked onto a new page. If you would like to read more about cookies , Wikipedia has a detailed article.

What if I do not want cookies stored on my browser?
You can block cookies via your web browser. You can find out specific instructions for your browser via Google. Please note though we provide no guarantee against unexpected results should you choose to block cookies on this website.